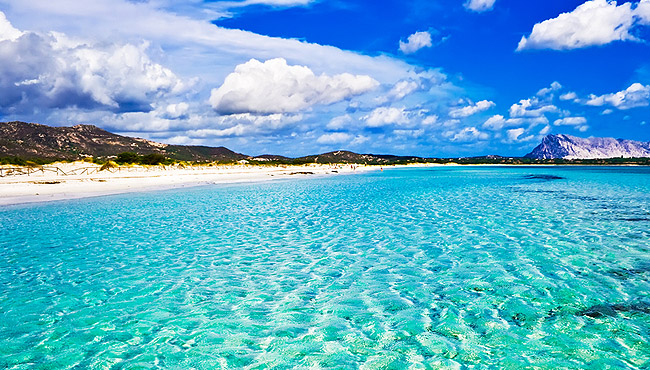 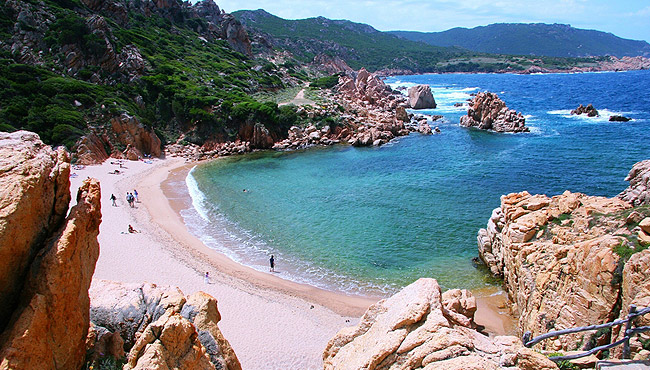 Sardinia Yacht Charter: Sardinia is the second largest island in the Mediterranean Sea (after Sicily and before Cyprus) and an autonomous region of Italy. The local languages spoken are Gallurese, Sassarese, Tabarchino, Sardinian and Catalan Algherese and are all considered equal to Italian.
Capital and largest city : Cagliari
Population : 1,600
Area : 24,090 km2
Official language : Italian
Currency : Euro €

10 Words to learn before an Italian Yacht Charter:


Sardinia Yacht Charter “Must Do”

Sardinia is famous for the most beautiful beaches in the entire Mediterranean Sea. Beaches like Li Coggi beach, Cala Gonone or the Costa Smeralda consistently appear on the “The World’s Best Beaches” lists. Another amazing beach is La Pelosa which is near Stintino. Parco Nazionale Arcipelago Di La Maddalena is a national park in the north of Sardinia offering stunning views and unspoilt nature. You can see Corsica from the most northern island of La Maddalena, Isola Razzoli on a clear day. Consisting of seven major islands, Maddalena Archipelago is a UNESCO World Heritage site of Sardinia and the small beaches and coves are only reachable by boat. Enjoy fine luxury at the Costa Smeralda, in the north-east of Sardinia, a favourite holiday destination of the most wealthiest people in the world. Ever since Prince Aga Khan visited this region in the Sixties, many celebrities have chosen the Sardinian Emerald Coast to spend their vacation. Porto Cervo marina is the most popular for a Sardinia Yacht Charter during summer.

In April to June the weather is warm but not too hot and the island is not overcrowded as in summer. It’s also time for the popular festival of the year – Cavalcata Sarda. July to September are the hottest and busiest months of the year. The sun is shining all day, every day and the beaches are filled with tourists. 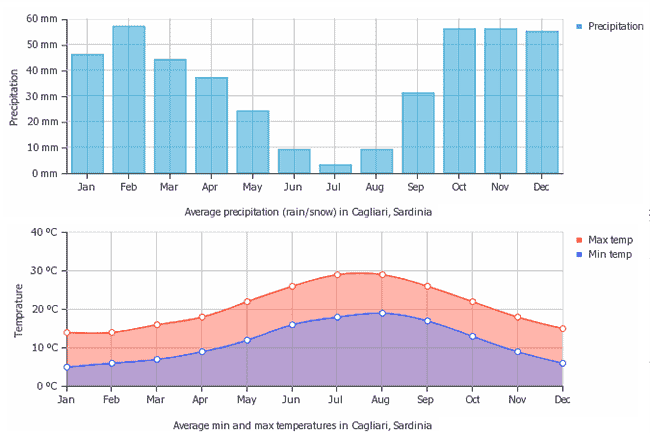